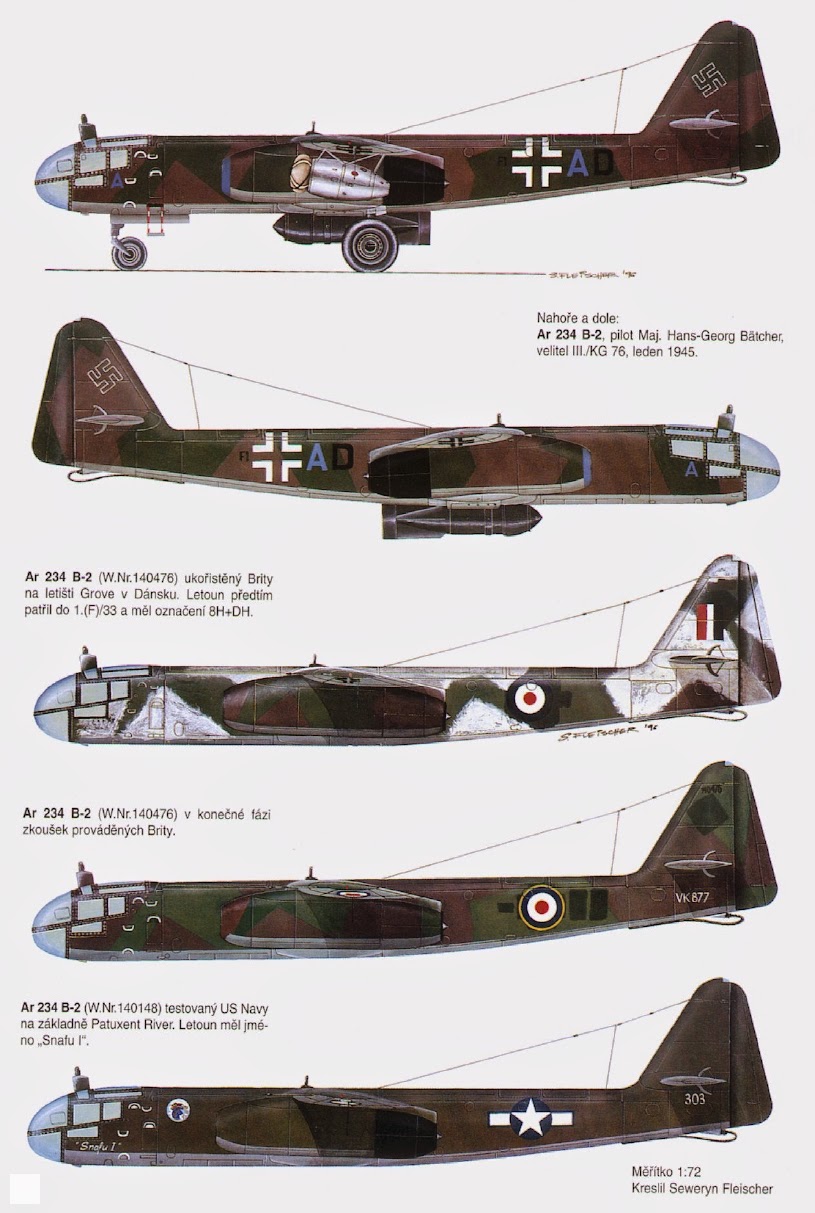 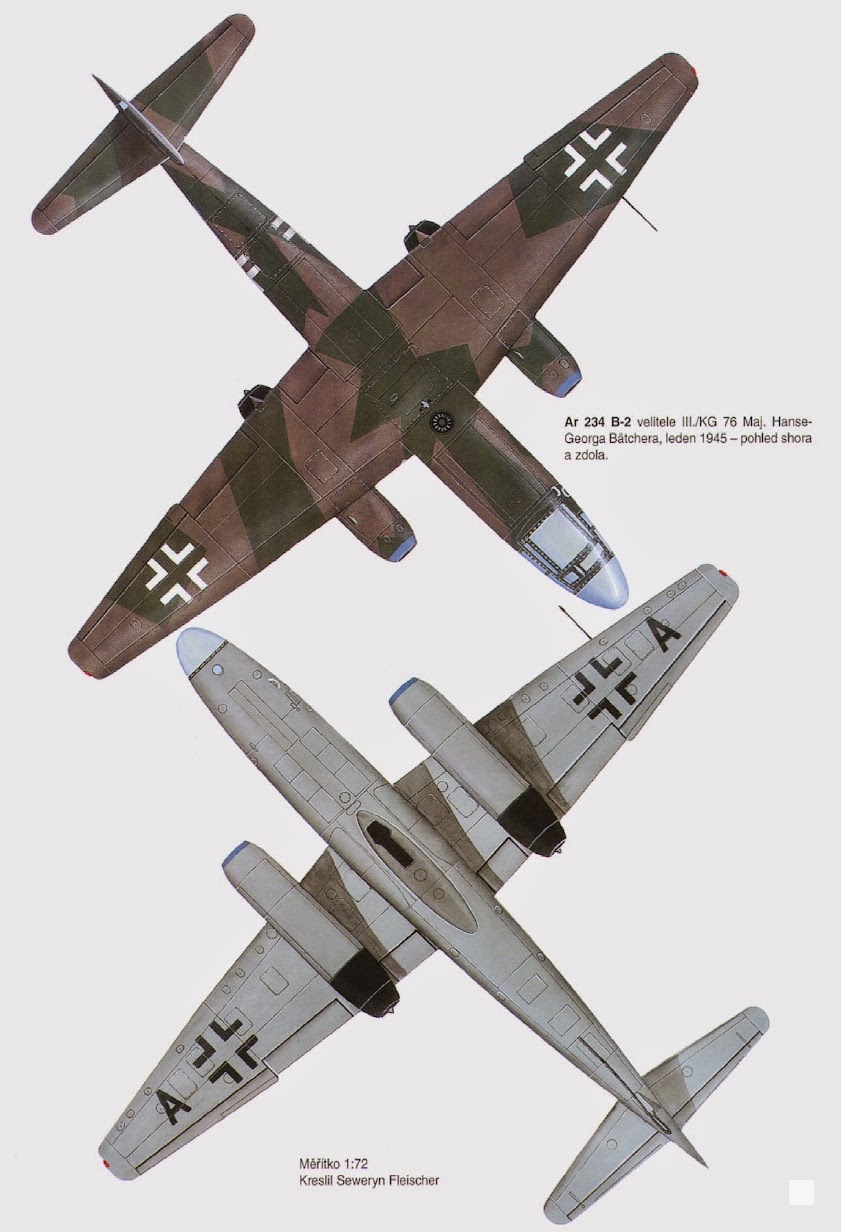 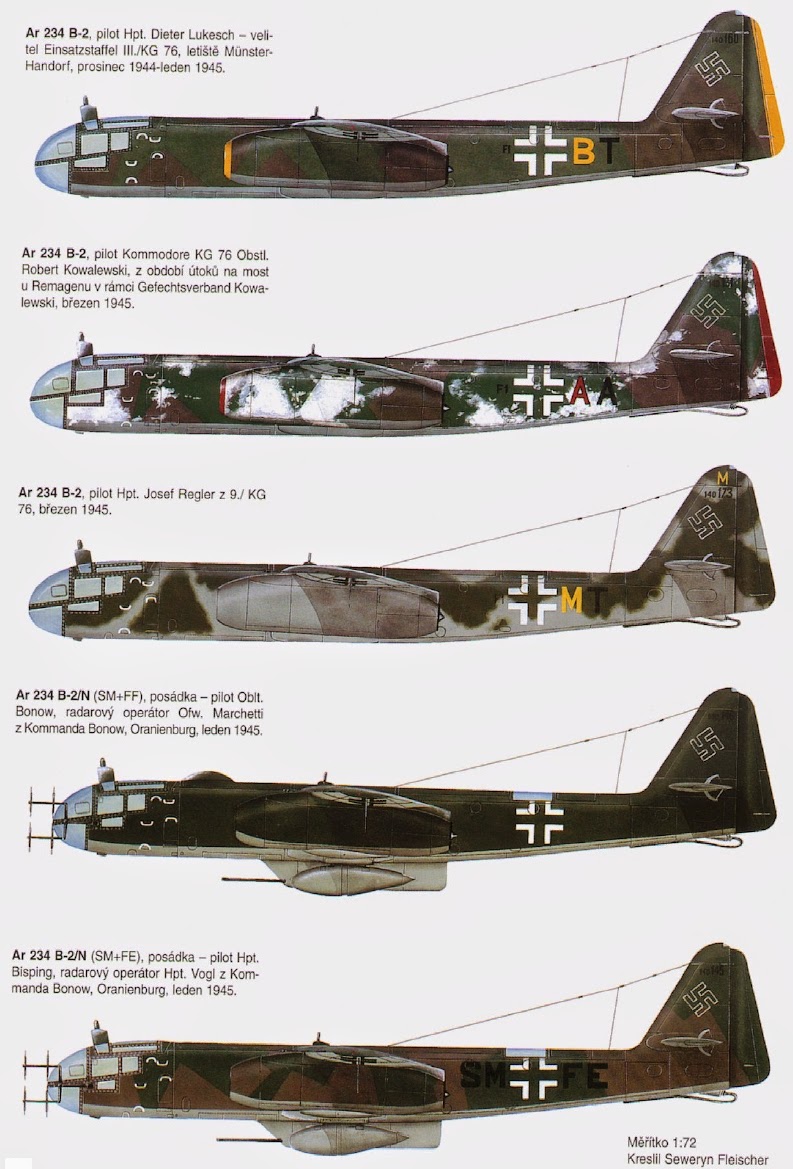 In the field, the Ar 234 was used almost entirely in a reconnaissance role, but in its few uses as a bomber—owing to its remarkable speed and high ceiling—it proved to be impossible to intercept. The aircraft, however, lacked fuselage volume for any bomb load, which was therefore carried externally. To reduce weight, early prototypes had no landing gear; they took off on a wheeled trolley, and landed on skids at the end of the flight. Such a landing arrangement was out of the question for operational purposes, so the improved bomber version, Ar 234B, that flew in March 1944, had its fuselage slightly wider to hold a retractable landing gear fitted with two main wheels and nosewheel. It made use of RATO (rocket assisted take-off ) and had an added bomb load. Twenty Arado Ar 234 Bs were produced and delivered by the end of June 1944. The only notable use of the plane in the bomber role was during the Ardennes offensive in winter 1944-45, and the most spectacular operational bombing mission was the repeated attacks by Ar 234 B-2s flown by III/KG 76 on the vital Ludendorff Bridge at Remagen in March 1945. The uninterceptable aircraft, though handicapped by fuel shortage, continued to see scattered front-line action for reconnaissance until Germany surrendered on May 8, 1945. 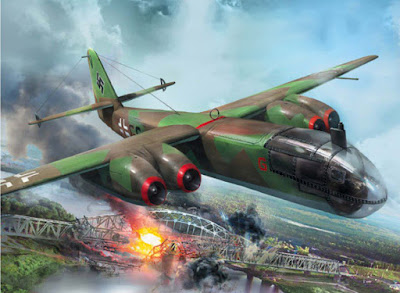 There was a planned improved version, known as Arado Ar 234C, powered by four BMW 003A engines. Fifteen prototypes of the Ar 234C were completed before the end of the conflict. Although Hauptmann Diether Lukesch was preparing to form an operational test squadron, the Ar 234C was not developed in time to participate in actual combat operations.
Posted by Mitch Williamson at 5:44 AM