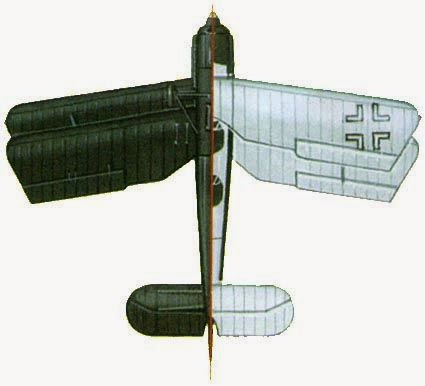 Walter Rethel's last completed design for Arado before his transfer to Messerschmitt was the Arado Ar 66, a two-seat single-bay biplane trainer of mixed construction. The tailplane was mounted on a raised rear fuselage fairing, ahead of the vertical tail surface which comprised a wholly movable rudder, there being no fin. The first prototype, the Ar 66a of 1932, was powered by a 240-hp (179-kW) Argus As l0C inline engine. The second prototype, designated Ar 66b, was generally similar except that it had twin wooden floats, the rudder being extended beyond the bottom of the sternpost and faired into the rear fuselage by the addition of a ventral fin. Ten production Ar 66b aircraft were built subsequently. When Rethel left to join Bayerische Flugzeugwerke, as the Messerschmitt company was then named, Dipl. Ing. Walter Blume assumed responsibility for development of the Ar 66a, which entered series production as the Ar 66c, initial deliveries being made to the Luftwaffe in 1933. The Ar 66c continued to serve with Luftwaffe training schools after the outbreak of World War II, and as late as 1943 it was pressed into service, together with the Gotha Go 145 trainer, to equip the night ground-attack Storkungkampfstaffeln on the Eastern Front, armed with 4- and 9-lb (1.8 and 4-kg) anti-personnel bombs.

Email ThisBlogThis!Share to TwitterShare to FacebookShare to Pinterest
Labels: Trainer