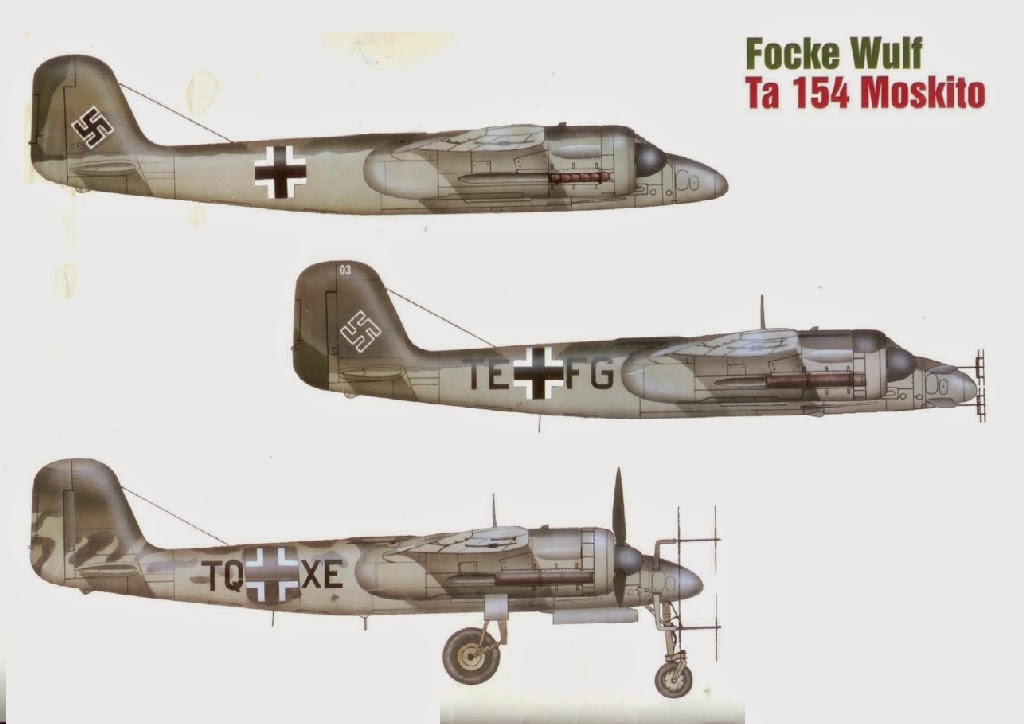 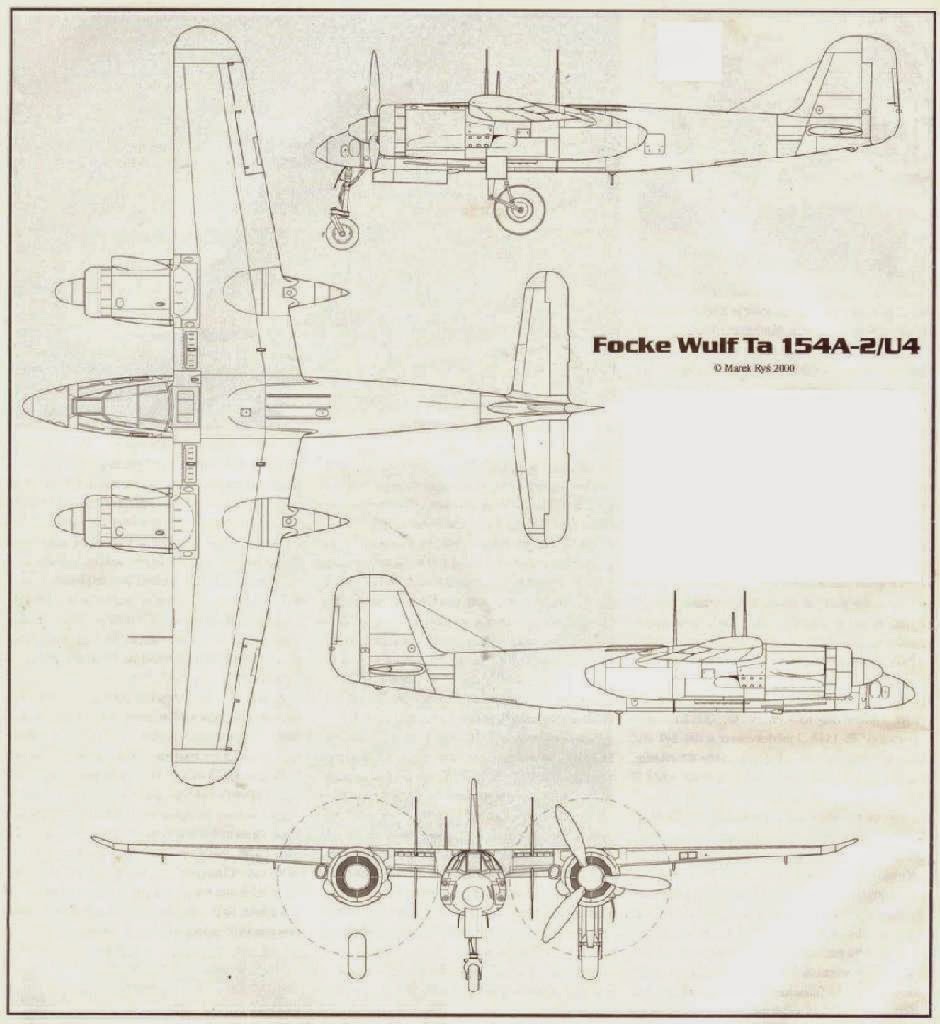 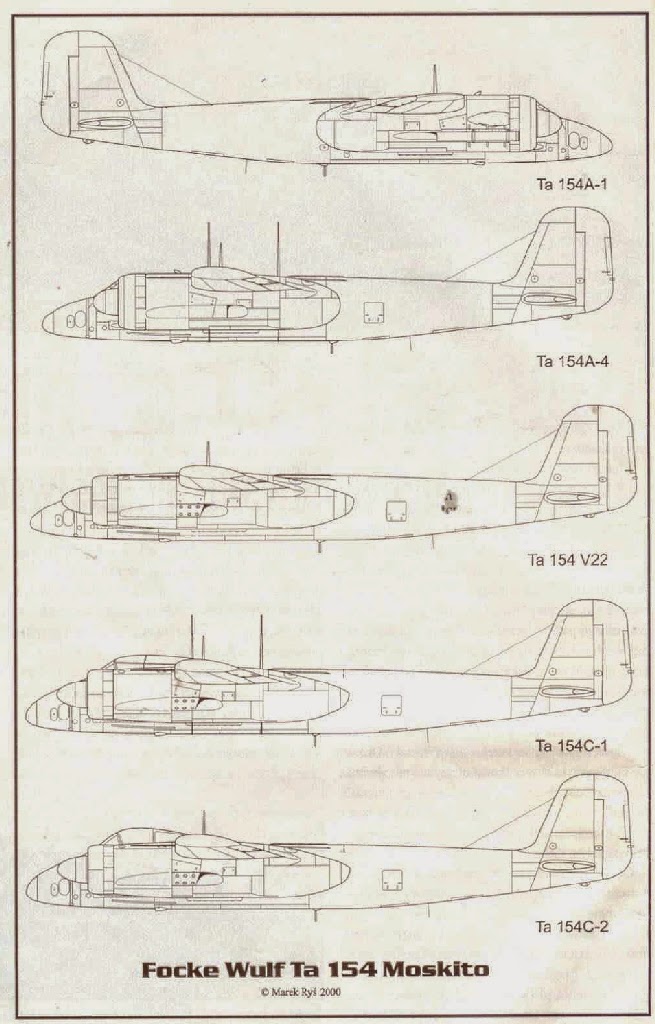 By August 1944, about fifty production versions had been completed, but the aircraft never made it, mostly because a glue of bad quality was used which ate away the wooden parts. Like the British De Havilland Mosquito, the German Focke-Wulf Ta 154 Moskito was made of wood. This led to some of the production versions breaking up in mid-air, as the glue was incapable of withstanding the stresses produced in flight. The inability to find an adequate adhesive prevented completion of an order for 250 planes. Some of the planes produced served with Nachtjagdgeschwader 3 (Night Fighter Group 3), a few were later used as a training aircraft for jet pilots, and some were modified to form the bottom half of Mistel composite aircraft.
Posted by Mitch Williamson at 2:19 AM