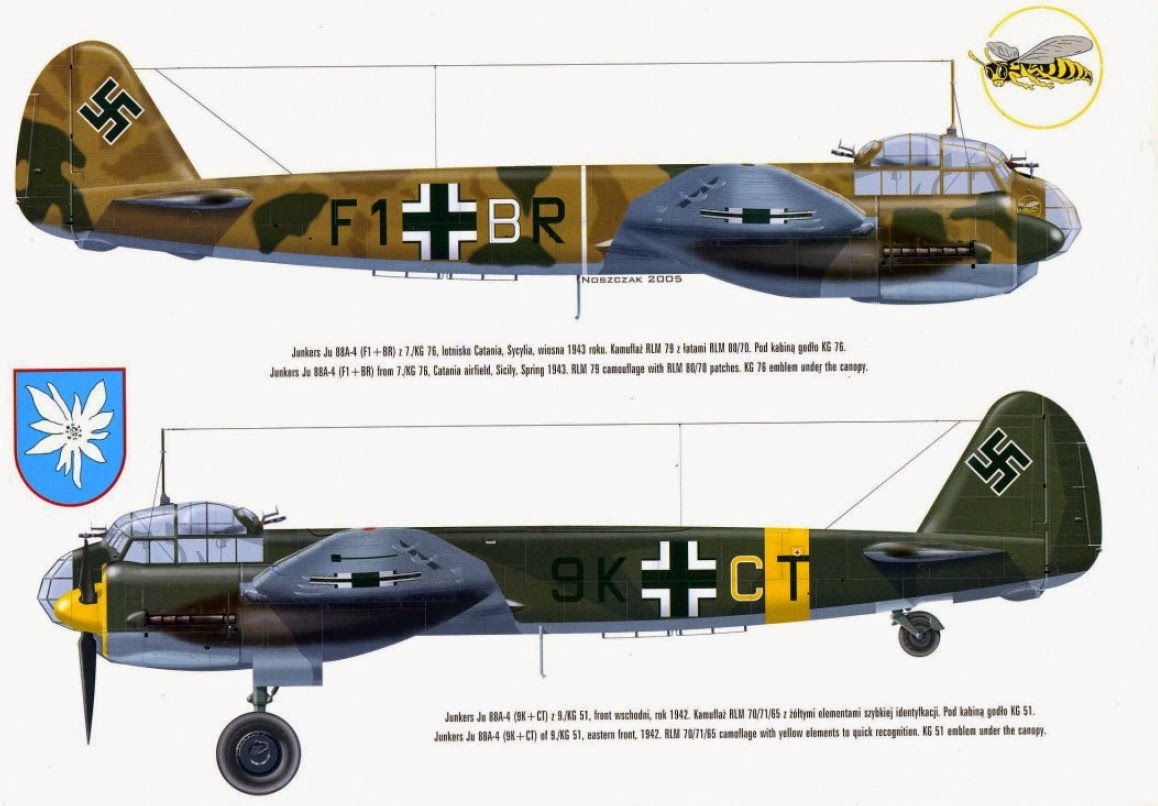 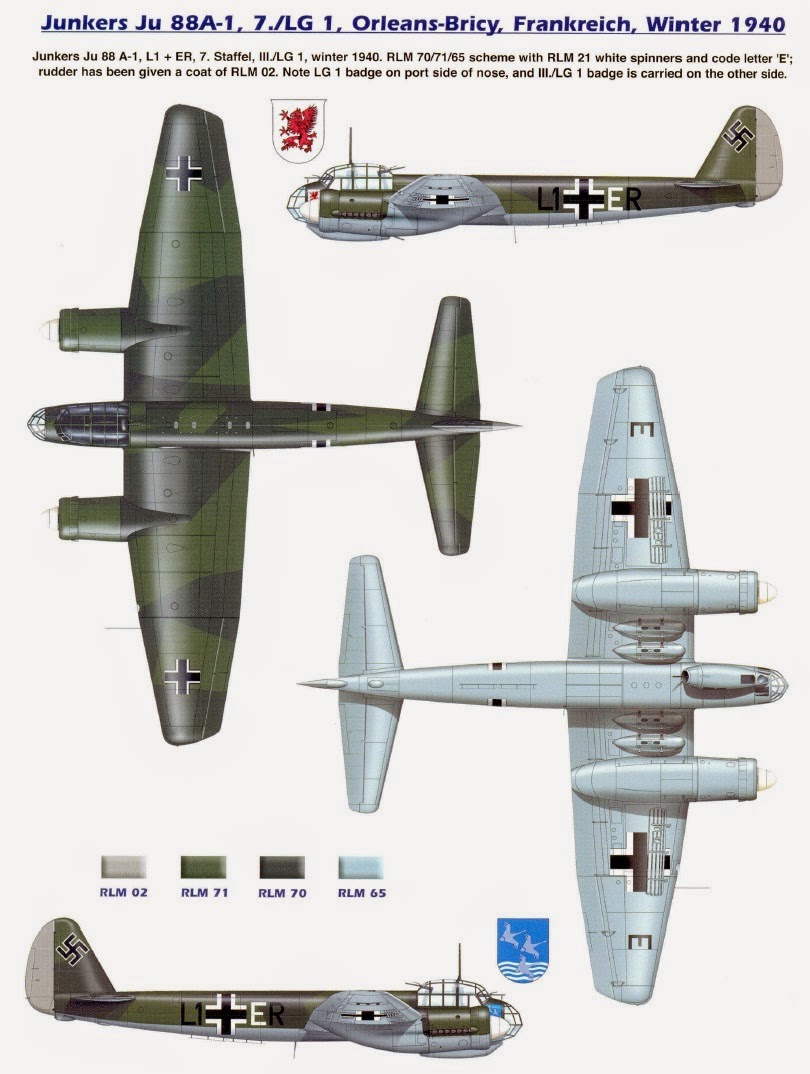 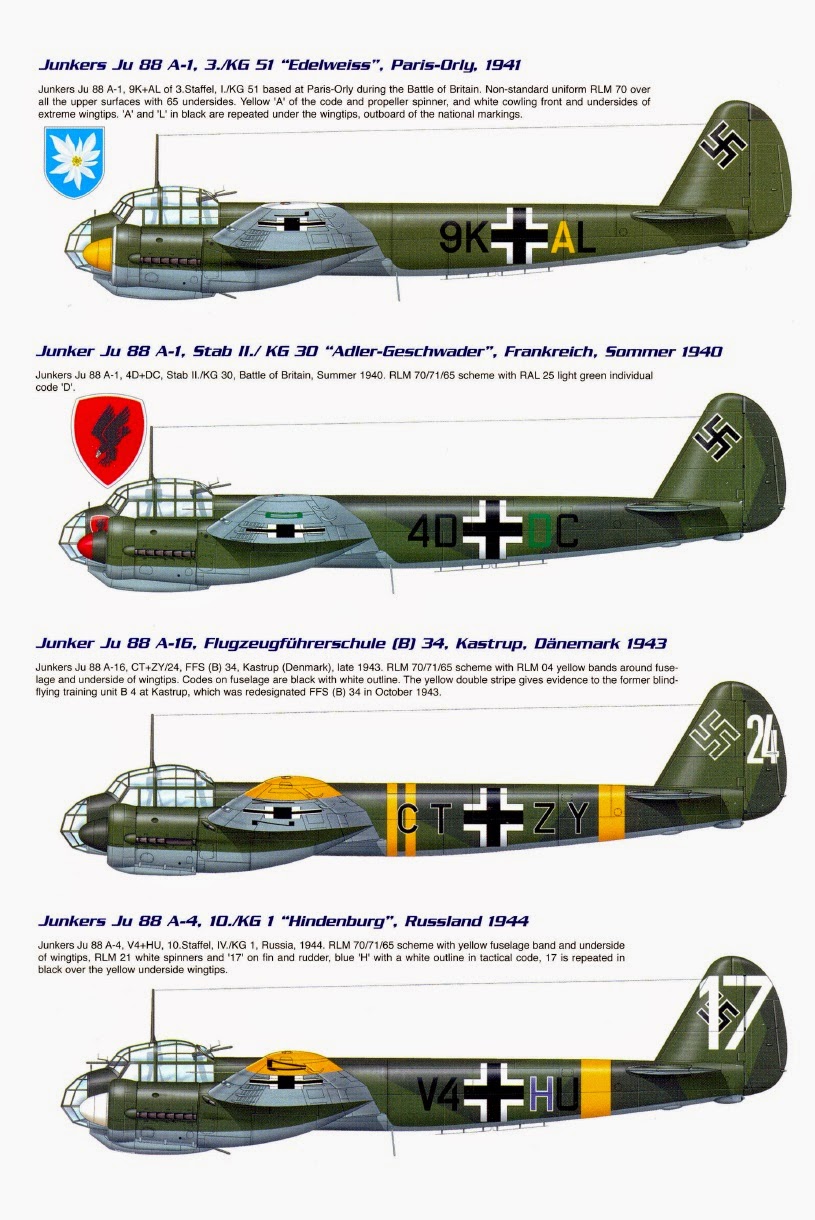 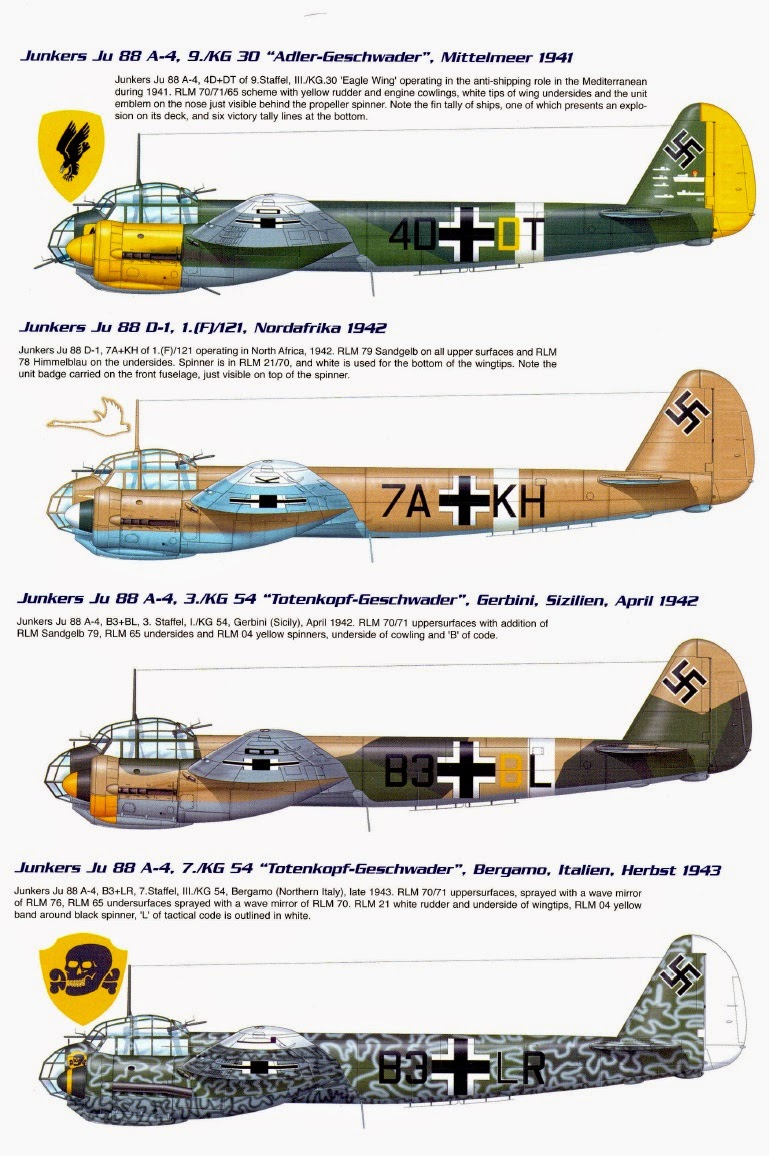 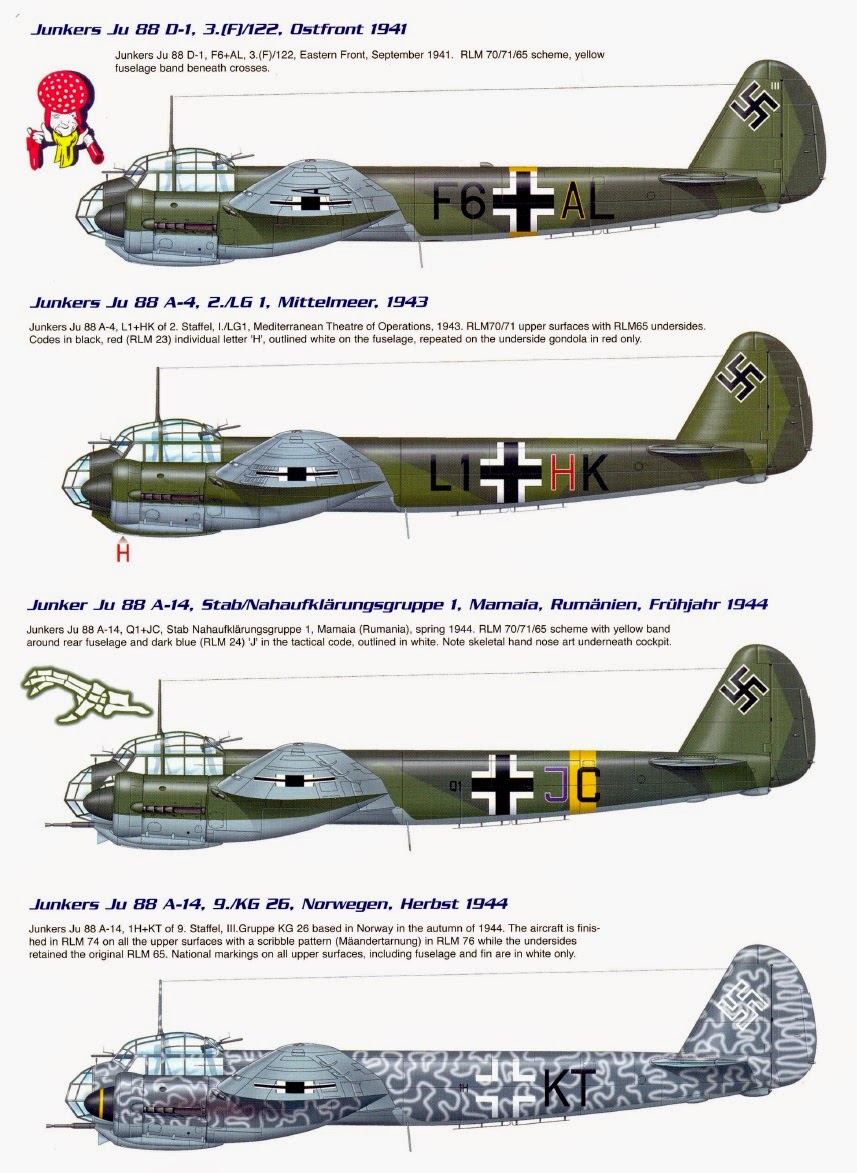 The Ju 88 was the most numerous and versatile German bomber of World War II. It was grafted to every conceivable purpose, and even served as the lower half of a primitive guide missile!

In 1935 the German Air Ministry announced specifications for a new, twin-engine Schnellbomber (fast bomber). One year later Junkers beat out two other contenders with the Ju 88, a highly streamlined, smoothed-skinned airplane with mid-mounted wings. A crew of four sat under a large glazed canopy while a bombardier gondola, offset to the left, ran back from the nose. Test results were excellent, but Luftwaffe priorities were skewed to other craft, and production remained slow. By the time World War II erupted in September 1939, only about 50 Ju 88s had reached Luftwaffe units.

In combat the Junkers design was fast, carried a good bomb load, and could absorb great amounts of damage. Moreover, although originally intended as a bomber, it could be adapted to virtually every mission assigned to it: mine-laying, night-time fighting, reconnaissance, anti-ship patrols, heavy fighter, ground attack, and dive-bombing. Ju 88s accordingly distinguished themselves in combat from England to Russia, Norway to North Africa.

The prototype Ju 88 flew on 21 December 1936 with two 1,000-hp (746-kW) Daimler-Benz DB 600Ae inline engines with annular radiators, giving them the appearance of radials; the use of these radiators was to continue throughout the development of the aircraft. Further prototypes followed, the third having 1000-hp (746-kW) Junkers Jumo engines and this, during evaluation, reached 323 mph (520 km/h). The high performance of the Ju 88 encouraged record-breaking flights, and in March 1939 the fifth prototype set a 1,000-km (621-mile) closed-circuit record of 321.25 mph (517 km/h) carrying a 4,409-lb (2000-kg) payload. A total of 10 prototypes were completed and the first of the pre-production batch of Ju 88A-D bombers flew in early 1939. Production aircraft were designated Ju 88A-1 and began to enter service in September 1939.

Early teething troubles were gradually ironed out and sub-variants began to appear, including the Ju 88A-2 with jettisonable rocket packs for assisting takeoff in overload conditions, the Ju 88A-3 dual-control trainer and the Ju 88A-4, the first considerably modified development. Designed around the new and more powerful Jumo 211J engine, the Ju 88A-4 had increased span and was strengthened to take greater loads.

Because of problems with the new engine the Ju 88A-4 was overtaken by the Ju 88A-5, which featured the new wing but retained the former engines. During the Battle of Britain many Ju 88A-5s were fitted with balloon-cable fenders and cutters to combat the UK's balloon barrage, and in this form they became Ju 88A-B aircraft. Some Ju 88A-5s, converted to dual-control trainers, were designated Ju 88A-7.

By the time definitive Ju 88A-4s began to enter service, lessons learned in the Battle of Britain had dictated heavier armament and better protection for the crew. Several different armament layouts were used, but a typical installation was a single 7.92-mm (0.31-in) MG 81 machine-gun on the right side of the nose and operated by the pilot, and two 7.92-mm (0.31in) MG 81s or one 13-mm (0.51-in) MG 131 machine-gun firing forward through the transparent nose panels, operated by the bomb aimer. The same option was available in the ventral gondola beneath the nose, firing aft, while two other MG 81s were in the rear of the cockpit canopy. Some 4,409 lb (2000 kg) of the bombload was carried beneath the wings, both inboard and outboard of the engines, while the internal bomb bay held another 1,102 lb (500 kg).