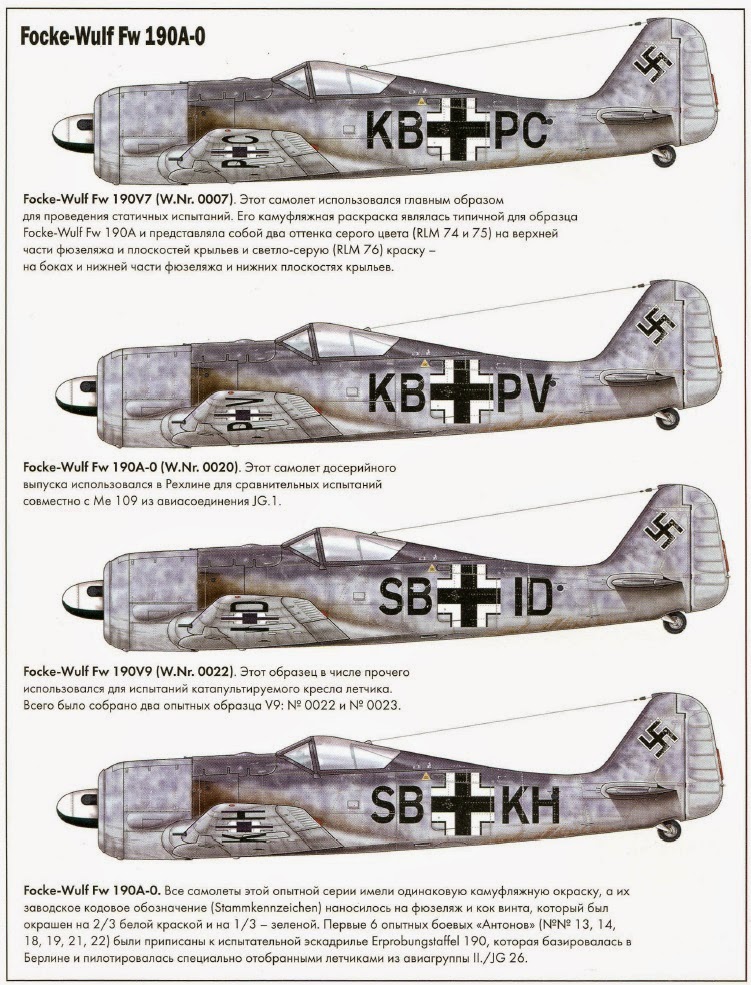 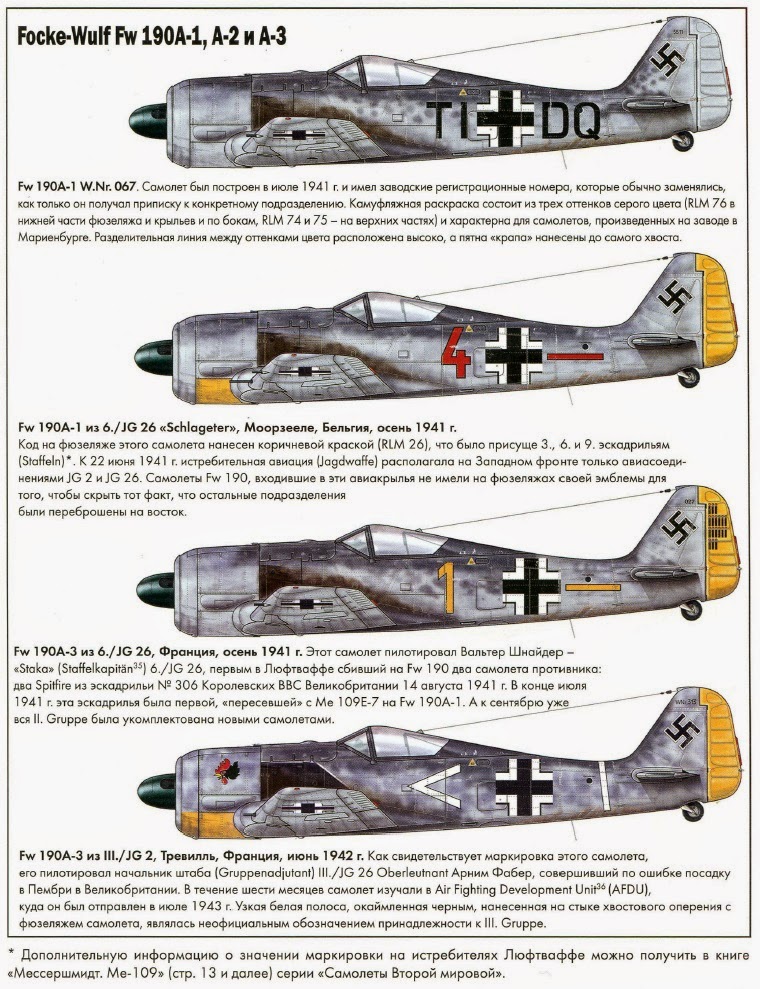 Oberleutnant Otto Behrens assumed command of Erprobungsstaffel 190 based at Rechlin- Roggenthin. The unit received six pre-production Fw 190A-0s and its brief was to test the new tighter under service conditions. The pilots and ground crews assigned to the Erprobungstaffel were drawn from II. Gruppe of Jagdgeschwader 26, and the latter unit was earmarked to receive the first production Fw 190s when these became available.

During early service trials the Fw 190A-0 exhibited a number of serious shortcomings. The new BMW 801C engine suffered from overheating, although not to the same extent as the BMW 139. The engine's automatic fuel control system also gave trouble. For a given throttle-setting, set by the pilot, this automatic system should have established the optimum relationship between aircraft altitude, fuel flow, fuel mixture, engine revolutions, supercharger gear selection, propeller pitch setting and ignition timing. The system did not work reliably at first, but a string of modifications over a long period reduced the problems to an acceptable level.

In June 1941 the first four production Fw 190A-1s emerged from the Marienburg factory. By August, monthly production reached 30 aircraft. The first two aircraft off the Arado/Warnemunde production line were delivered in August, and the first two from the AGO/Oschersleben plant followed in October. The initial production version carried an armament of four MG 17 7.9-mm machine-guns, two on top of the forward fuselage and two in the wing roots, with all four synchronised to fire through the airscrew.

By the end of September 1941 the Luftwaffe had accepted a total of 82 Fw 190A-1s. One Gruppe, II./JG 26 based at Moorseele in Belgium, had re-equipped with the new fighter and deliveries had started to III./JG 26 based at Liegescourt in northern France.

British intelligence
By this time the British Air Ministry had received vague and contradictory evidence as to the existence of the new German fighter. The Air Ministry Weekly Intelligence Summary dated 13 August 1941. a secret document issued to all RAF units and made available to all officers and aircrew, carried the following report:

"A certain number of these new fighters have been produced, hut information is very scanty. The general design is said to be based on American practice and the aircraft is probably a low-wing monoplane with a fairly short fuselage and a span of about 30 feet. This new aircraft is fitted with a two-bank radial, an engine of the same type as that in the Dornier 217. It is definitely known that this particular machine had to be fitted with an auxiliary mechanically-driven fan to keep the engine temperatures within reasonable limits. It is also reported that it is equipped with a very large airscrew and that the undercarriage is extraordinarily high in order to give the necessary ground clearance. Rough estimates show that the speed of the Fw 190 is somewhere between 370 and 380 mph at 18-20,000 ft."

Although brief, the report was accurate except in two respects. The propeller fitted to the Fw 190 was not particularly large. Also, and more importantly, the report underestimated the maximum speed of the Fw 190 by about 30 mph (48 km/h).

Soon after II./JG 26 commenced combat patrols in September, the RAF pilot's reports began to mention encounters with a new German fighter type. Following action on 18 September, a combat report noted the destruction of "a Curtiss Hawk (or Fw 190)". Almost certainly the aircraft was the Fw 190 flown by the commander of II./JG 26, Hauptmann Walter Adolph, who was shot clown and killed on that day.

Three days later, while escorting Blenheim bombers attacking the power station at Gusnay near Bethune, the Polish No. 315 Squadron reported that its Spitfires had destroyed "one unknown enemy aircraft with a radial engine". Almost certainly this was the Fw 190 of Lieutenant Ulrich Dzialas, who was lost at that time.

The evidence mounted slowly, and more months elapsed before the RAF Intelligence Sevice committed itself to a positive identification of the new German fighter. In the issue dated 29 October 1941 the Weekly Intelligence Summary stated: "In recent weeks a radial-engined type of fighter has been reported as a French aircraft, the Bloch 151, and as a new type of German fighter, the Fw 190. There is as yet insufficient evidence to say with certainty what the new aircraft is".

By the beginning of 1942 RAF Intelligence had at last established beyond doubt that the aircraft was indeed the Fw 190. Also, from the reports of disgruntled fighter pilots who encountered it in combat, it became clear that the radial-engined Fw 190 was a formidable opponent. It had a dear margin in performance over the Spitfire Mk V, the best aircraft RAF Fighter Command then had available.

Even after it began flying combat missions the Fw 190 continued to suffer from engine overheating. Sometimes this led to fires in flight and, following losses to this cause, an edict was issued forbidding pilots to fly over the sea beyond gliding range from the coast. Despite that difficulty, the Fw 190 proved a formidable adversary. In the months that followed the RAF learned to its discomfort that the new German fighter had the edge in performance over any of its operational types.
Posted by Mitch Williamson at 2:24 AM