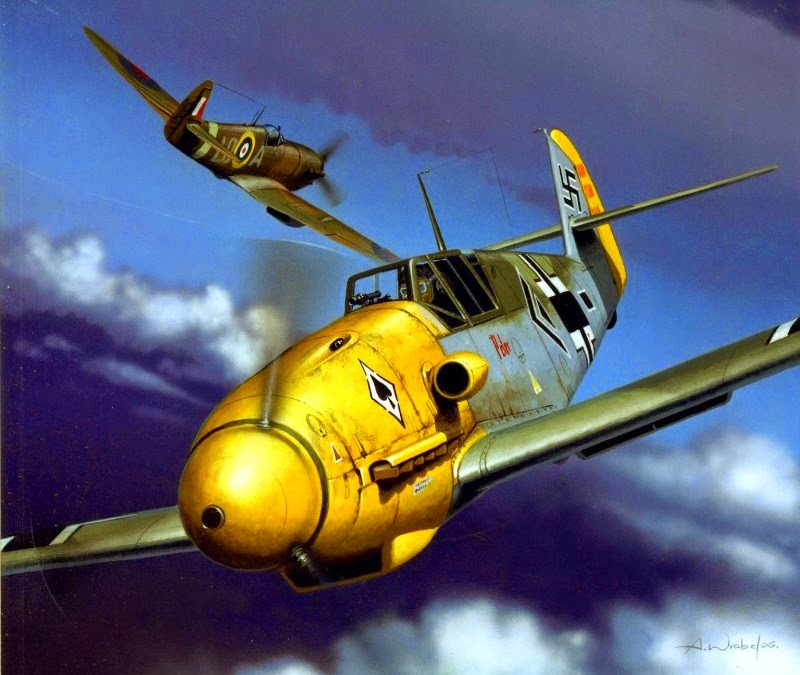 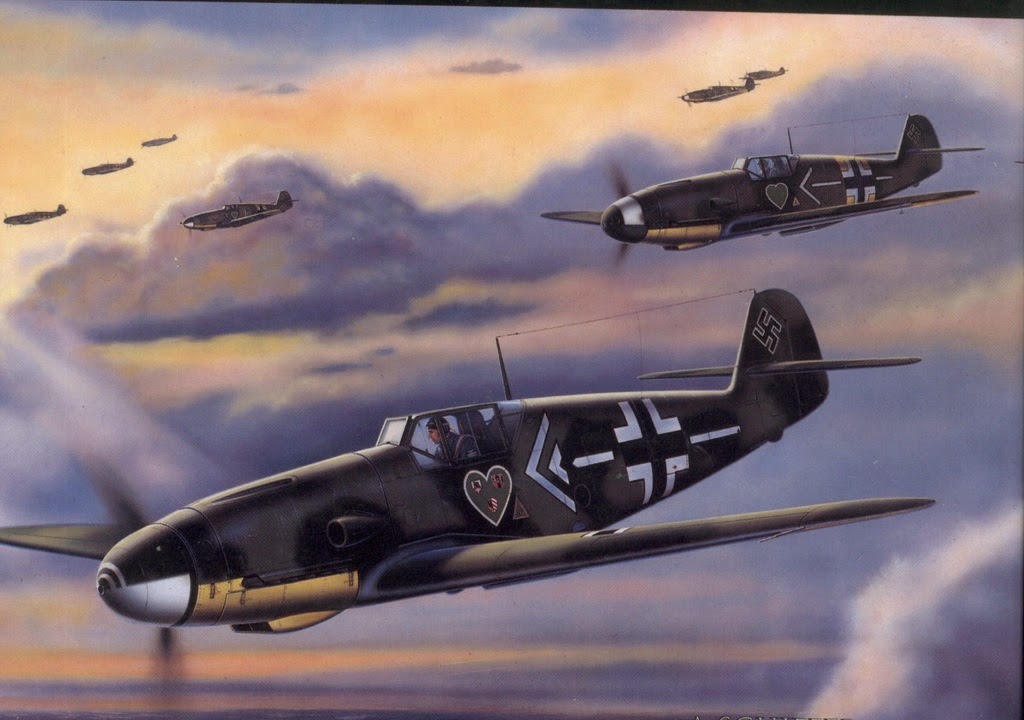 The most famous fighter of the German Luftwaffe, produced in greater numbers (in excess of 30,000) than any other fighter aircraft. Created by Willy Messerschmitt and his chief engineer, Walter Rethel, the Bf 109 was the world’s most advanced fighter at the time of its first flight in September 1935. A development of the very successful four-place touring Bf 108, the Bf 109 featured retractable landing gear, an enclosed cockpit, all-metal stressed-skin construction, heavy armament for the time, slotted trailing-edge flaps, and automatic Handley Page leading-edge slots.

Despite the pressures for ever-increasing production, the Bf 109 went through a long series of modifications, the last production version being the Bf 109K.

In the process, horsepower was increased from the prototype’s 695-hp Rolls- Royce Merlin to the 2,030-hp Daimler-Benz DB 605 engine in the Bf 109K. The aircraft served in every theater in which the Germans fought and was used by many nations allied to Germany. In the early months of the war, it reigned supreme over the battlefield until it met its match in the Supermarine Spitfire. As the war progressed and new Allied fighters such as the Soviet Yak-3 and U.S. North American P-51 were introduced, it became increasingly difficult for the Bf 109 to compete on equal terms. Nevertheless, in the hands of a capable pilot it remained a dangerous weapon until the end of the war. Versions of the Bf 109 were produced in Czechoslovakia and Spain, and it fought again in the 1948 Israeli War of Independence.

Although it was the favorite mount of many top German aces, Allied pilots who flew test versions had mixed feelings. The cockpit was cramped, with visibility limited by the heavy frames of the canopy. By Allied standards, the control harmony was poor, a problem that was amplified by the inexplicable lack of a rudder-trimming device. At cruising speeds, the Bf 109 was generally considered delightful to fly, but its controls became very heavy as speed increased. The most notorious aspect of the Bf 109 was its appalling takeoff characteristics. An estimated 3,000 aircraft were lost during takeoffs in which the pilot lost control. Landing characteristics were also challenging, but the a skilled pilot could land in a relatively short distance, using heavy braking once the tailwheel was firmly planted on the ground.

Posted by Mitch Williamson at 5:41 PM